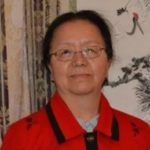 Phoebe Gur-Chiang （蔣慰祖）is the Chair of the Board of Directors of the Richmond Chinese School. She has also been a teacher at school since 1997. She received her Ph.D. from Michigan State University. For her, the most interesting part of Phoebe’s work is networking with the RCS team and local communities. Phoebe considers her students’ learning to reach their optimal potential of great joy. She also feels rewarded when she sees a positive attitude and motivation in students. Besides Chinese language, Phoebe also teaches Chinese yo-yo and Reader's Theater. 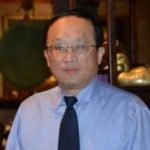 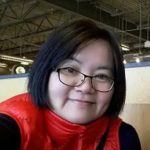 Donna Liu Ashworth (劉秀敏) is the current Principal of the Richmond Chinese School. Originally, she had arrived in the USA in 1986. Donna began teaching Chinese at the Richmond Chinese School beginning in 1992. In 1997, the Ashworth family moved to Hong Kong for five years. During those five years, Donna earned her two “teaching of Putonghua” certificates from “Hong Kong University School of Continuing Education.” She also did her teaching at Kumon Institute in Hong Kong and numerous private tutoring for international students in Hong Kong. In 2002, while the family relocated back to Richmond, Donna was invited back to teach at the Richmond Chinese School. In 2014, she left school again for China with her husband. She and her husband lived in Dongguan City of Guangdong Province for two years and returned to the USA end of 2016.

Donna is aware of the cultural, language and political differences between Mainland China, Special Region Hong Kong, and the Island of Taiwan. She is is very passionate about Chinese teaching and that's why she is back with us again!

Dr. Fang-Sheng Wu (吳方盛) was a Professor in the Department of Biology at Virginia Commonwealth University from 1988 - 2017. From 1981 - 1988, he worked at Sandoz, now Syngenta, in California as a Senior Scientist. From 1979 - 1981, he was a Biochemistry Professor at State University of New York. He holds a Ph.D. in Plant Pathology from Michigan State University and a Master's degree in Biological Science from National Taiwan Normal University. 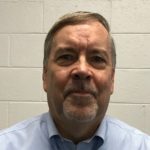 Julian Baum (包竹廉) has been a freelance writer on Taiwan-China affairs since 2005. During 1990-2001, he served as a Taiwan Bureau Chief at Far Eastern Economic Review in Hong Kong. From 1984-1987, he worked as a Beijing Bureau Chief at The Christian Science Monitor in Boston. He received his Bachelor's degrees in Foreign Affairs, East Asian history and Chinese Foreign Policy from the University of Virginia. In addition, he attended National Taiwan Normal University (Mandarin Training Center) and Beijing Normal University and received Chinese Language certificates. He also attended Columbia University (Dept. of Political Science, MPhil) and earned certificates in Comparative Politics, International Relations, Southeast Asian history. 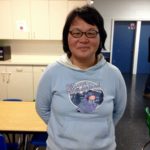 Winny Chen (陳慧予) is an accountant in the public sector. This is her second year teaching at the Richmond Chinese School. She teaches Adult Conversation II this year. Last year, she enjoyed spending time with her students very much and they had a great time learning Chinese together. She has taught a class at the other Chinese school for two years and one private Chinese lesson a while ago.

She wishes more students will come to our school to learn Chinese language, culture, and people that will potentially bridge the cultural gap and help relieve the Chinese American trade tensions. She cares for her students and welcomes all suggestions from you. Come to learn with us and wish you have a great learning experience at RCS. 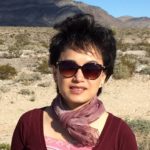 Meiyu Fu (傅美瑜) came to the States from Taiwan and have been living in Richmond for many years. She has two children. One is pursuing his medical degree and wants to serve this great country as a doctor in the military. The younger one is pursuing her degree in business management at Virginia Tech. She is very proud of them. Besides being a stay-at-home mom, she finds herself playing a bit of piano, baking, and photographing in her leisure time.
She treasures our great Chinese values, culture, and tradition. She will do her best to teach the kids here at the Richmond Chinese School and hopefully, make a small but positive impact on their lives. 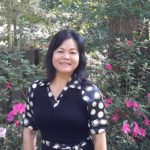 Julene Sledd (林綠津) teaches the elementary level-II class. She has two years of experience teaching at a Chinese school in Newport  News, VA. Currently, she lives in New Kent, VA. Julene came from Taiwan to the U.S. in 1994. She is married and has two daughters.

Samantha Huang (黃于珊) is an IT professional in the public sector. She grew up in Kaohsiung, Taiwan, where she spent her early childhood years and attended high school and first two years of college. In 2008, she came to the States to continue undergraduate and graduate studies. She then moved to Richmond in 2015 from New Jersey after completing her master’s degree at New Jersey Institute of Technology. When she is not working, she is planning her next travel adventure with her hubby. Besides her love for traveling, she also enjoys reading, cycling, and hiking.